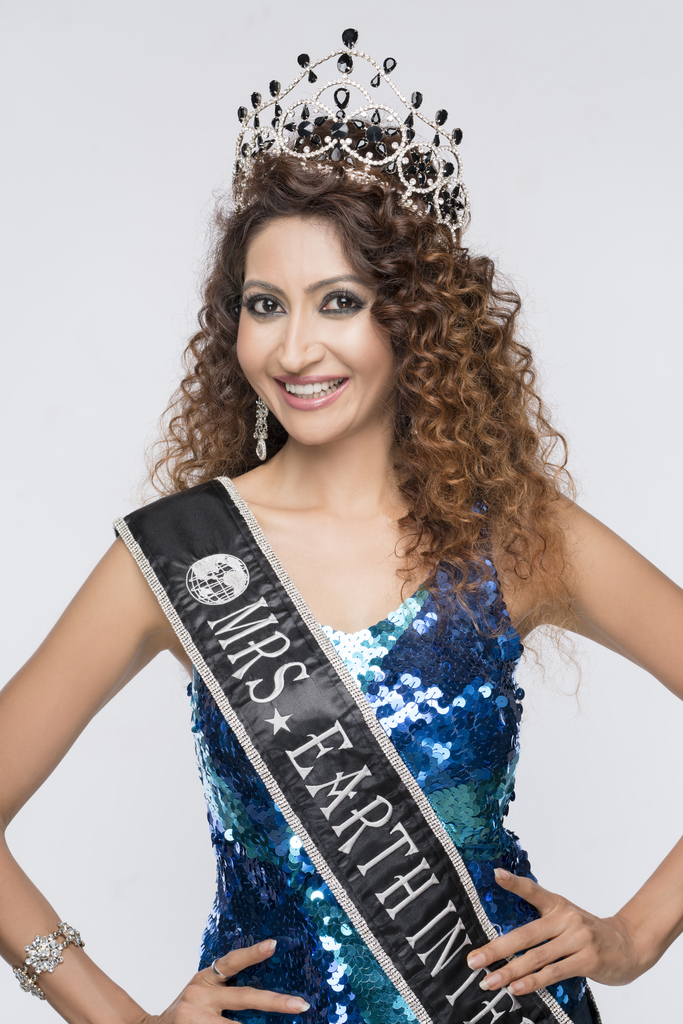 I was brought up by very liberal minded and highly educated parents, my father was a mechanical engineer from Oklahoma state University and my mother was born in Rajkot and studied in Rajkumar College and graduated in Ranchi University. They brought me up with very solid values and trusted me implicitly when i was working in the modeling industry, I was introduced to modeling by my elder sister who was a model too at that time,

I was approached by the national director India Mrs. Shilpa Bhagat , who asked me to represent India at the pageant in Jamaica, I was not wanting to do the pageant as I had taken a sabbatical from the modeling industry and was unsure of going back on stage, however in her vast experience, Mrs.Shilpa Bhagat was very sure that I was the ideal candidate for this. She believed in me and totally supported me.

2. How was that moment for you when you were declared as Mrs. India Earth?

When I was announced as the winner on the stage in Jamaica, I had gone backstage to put the certificate of Mrs. Best Interview that i had won and did not hear when they called Mrs. India on the stage, I had my fellow contestants rush back stage to call me. I was also awarded Mrs. Congeniality, an award which the contestants themselves vote for. I made a fabulous sisterhood of friends whom I cherish and still keep in touch with, till this date.

I believe if one has won such a prestigious title, one must use their title responsibly and not merely to do commercial work, by god’s grace, I had done enough commercial work as a model and a T.V. person, I wanted to raise funds for the lesser privileged and speak about issues which need our attention.

3.  you are connected to very many NGOs, how much pleasurable that work is for you?

My work with NGOs are very satisfying , I primarily work with raising funds for educating , empowering and equipping children from rural India, the NGO i work with is called Light of Life trust, we have impacted more than 10,000 children in more than 400 villages in rural India. The success stories from our NGO are when a child from a family monthly income of Rs.500 has gone on to completing their studies and getting technical education and getting a job with a BPO of Rs. 18,000. We are changing the lives of a family, by presenting them with an opportunity to grow. Giving a handout as a meal is very easy to do , but equipping a person to deal with their problems is a permanent and long lasting solution.

My favorite reads are the Prophet by Khalil Gibran , All is Well by Louise Haye , Brain Weiss books, What I know for sure book by Oprah Winfrey.

5. Why do we need to sensationalize the concept of feminism? What is feminism for you?

I believe that men and women are born equal and must have equal rights in society and in the family, In India,  women are not treated equally especially in villages , we must spread awareness in the villages , as injustice towards women stems from ignorance, if we help spread education , it may help this problem. I don’t believe in extremities in life, either a male chauvinistic attitude or feminism. I believe men and women must co-exist harmoniously in life and society, like ying and yang , male and female co-exists and this is the law of nature.

Also, I believe that one hasn’t led a full life if they haven't helped anyone who can never do anything back for them in life.

And lastly, carry out a random act of kindness, with no expectation of return, safe in the knowledge that one day someone might do the same for you.

Lastly, I would like to end with few of my favorite quotes -

To laugh often and much, to win the respect of intelligent people and the affection of children... to leave the world a better place...to know that even one life has breathed easier because you have lived. This is to have succeeded. - Ralph Waldo Emerson.

If you can meet triumph and disaster

And treat those two imposters just the same ;

Yours is the  Earth and everything that is in it.

Only light can do that

Only love can do that . 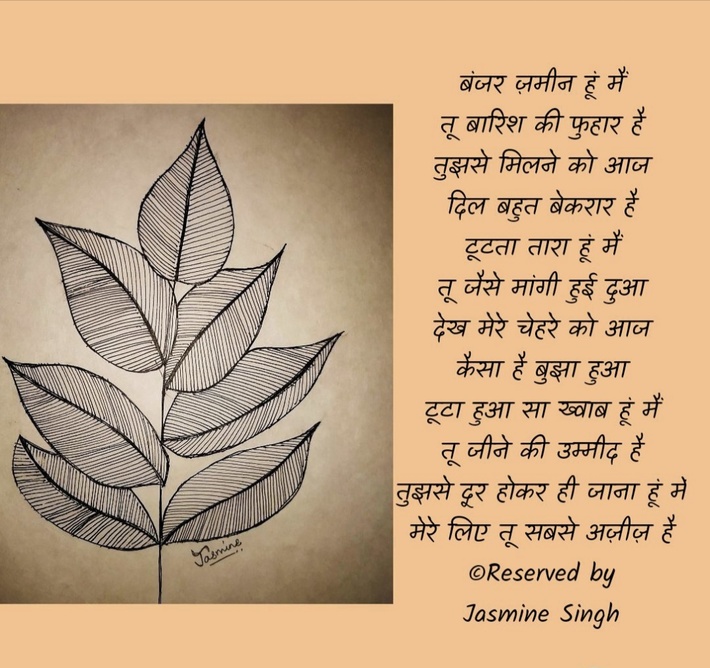